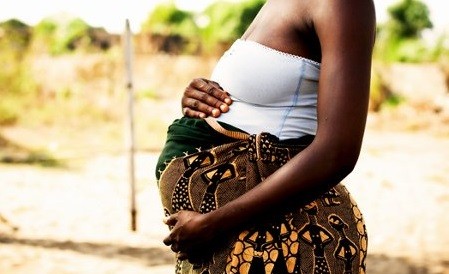 Pregnancy among the Chewa
Once the woman is pregnant, the Chewa people immediately inform the village head. Informing the village head helps him to respond positively when the family faces challenges in the course of the pregnancy. However, it is optional whether she stays and takes care of her pregnancy at the husband’s home or goes back to her parents’ home until she gives birth.

In the past, since there were no hospitals, the woman gave birth in the house. The birth attendants would know the baby was alive when it cries. When the child cries ng’aaaa! (the sound which a baby produces soon after the mother gives birth), all the women in the house ululate, signaling their joy after successfully helping the woman give birth.

When there is a problem, say the mother or the child has died while giving birth, the village head would preside over such issues.

Pregnancy outside marriage
When a boy impregnates a girl before marriage, the involved parties are expected to pay the village head chindapusa (penalty fee). Then the two are asked if they intend to marry each other. If they agree, they will undergo all marriage processes according to the Chewa culture. But if the man refuses to marry the girl, then the issue is resolved by charging him more than the average fee he would have paid if the two had agreed to get married.

Suppose the impregnated girl is deemed “uncultured” (for example, she may talk back to her in-laws without observing any protocols, or in some instances, her parents are overly demanding), the uncles of the boy opt to only pay for the chigololo (sex outside marriage). However, if they opt to get married, the two undergo the whole marriage process.