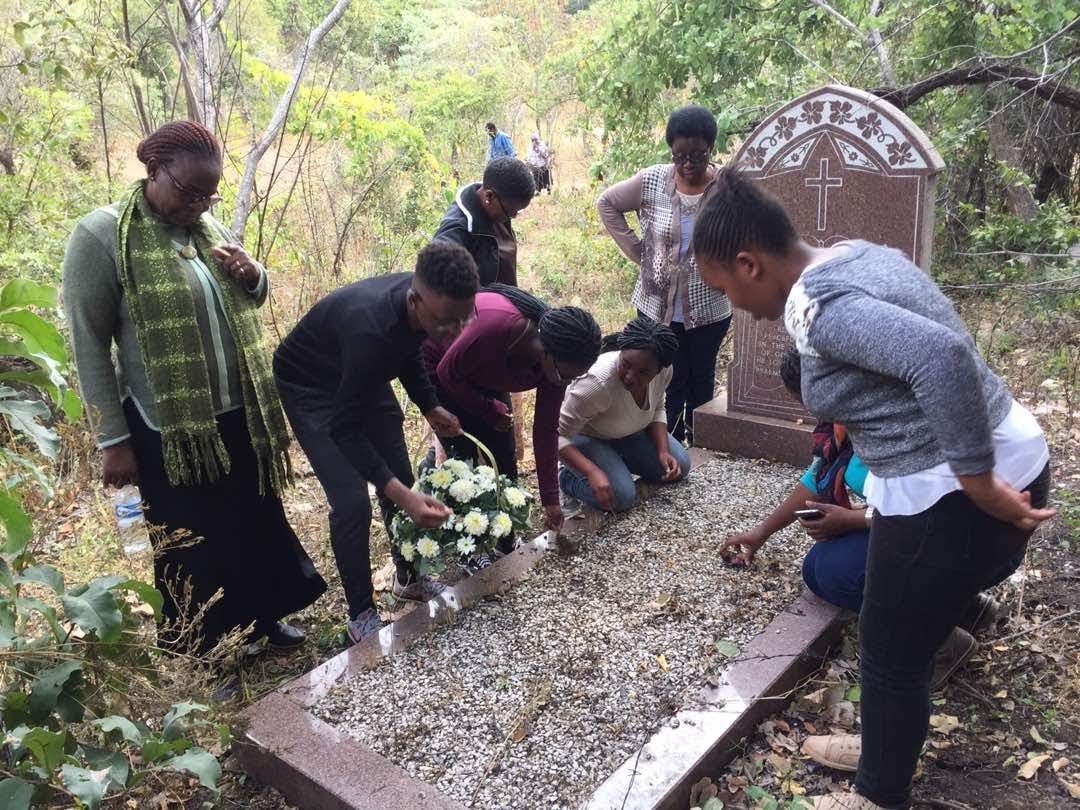 Suppose a member of a family or community passes on. In that case, the Ndebele people treat the loss as a community responsibility, mainly because they have always lived in small communities (wards) or clans that somehow relate to each other. For this reason, therefore, death is treated as a community activity where each member of the community has a responsibility to play, from the death announcement until the day of the burial.

Death announcement
In the olden days, there were no medical doctors to certify the dead. The responsibility lay with the elders in the family, usually assisted by elderly neighbors. Then the immediate family is informed, starting with spouses in the event of a husband or wife; children in the event of a parent passing away. The announcement will spread to extended family, who automatically knew that their role would be to inform neighbors and distant relatives, including in-laws. Due to the advent of technical gadgets such as telephones and even social media platforms, news about the death of a member propagates faster today. Some families even post an announcement through local radio stations.

Preparations for the funeral:
In the past, when there were no mortuaries, the longest time a corpse could spend before burial was twenty-four hours. That is, if one passed on today, they would typically be buried the following day. A few hours of waiting are done for all family members to arrive. Those who couldn’t make it in time for the burial would miss out on the burial though they might have a chance to partake on later rituals like ukuphosailitshe (throwing a stone on the grave).

Today, however, with the presence of mortuaries and the fact that some immediate and extended family stays far away (even abroad), a typical Ndebele funeral can take a week or longer, depending on several logistics like money for mortuary rentals, how many of the deceased’s children have arrived, securing insurance services and so on. During the week preceding the burial, members of the community will gather daily in the morning and evening for prayers and console the bereaved members of the family. During this week, members of the community will help the family in terms of moral support and sharing stories about the late person as a way of counseling before the burial.

The preparations for the actual burial are done primarily by the chief mourners with the assistance and guidance of extended family and neighbors. The word/will of the chief mourner (husband, wife, children, or parents) is taken into account and given precedence, although the family elders may override their will.

Burial:
The traditional Ndebele burial does not only consider the day the person is buried; it also considers the time of the day at which the burial will take place. In other words, for the Ndebele, different people are buried at different times:

After choosing the gravesite, it is strictly men who are allowed to do the digging with the help of neighbors. As soon as the oblong-shaped grave is dug and done, an elder from the family will inspect it for logistical issues like depth and size. The size of the deceased determined the size of the grave in the olden days because the Ndebele wrapped their dead in blankets or animal hides. However, it has to be proportionate to the size of the coffin/casket to be used in burying the deceased in modern times.

After inspection and approval, it is essential to note that the Ndebele believe it is taboo to leave the dug grave alone. So, for this reason, some of the diggers may silently return to the homestead, but some must remain, guarding the grave until the mourners arrive for burial.

Burial time is another time to notice the concept of specialization and division of labor among the Ndebele; the men dig and cover the grave while the women are responsible for collecting stones to construct the top of the tomb/grave. The stones are to strengthen the earth around the grave.

Nowadays, due to the presence of cars and caskets, the trip to the graveyard is shorter and much more manageable than the past days when mourners had to walk with the corpse to the cemetery. However, one thing remains standard and unchanged; the hearse carrying the corpse leads the procession with the husband/wife /parent of the deceased also in the hearse, then the rest of the mourners follow. Due to the changed beliefs, there is also the singing of hymns as the casket goes down.

After the burial, most community members will go back to their houses while elders and family members remain behind to clean up and stay with the bereaved for a short while as they adapt to life without their loved one.