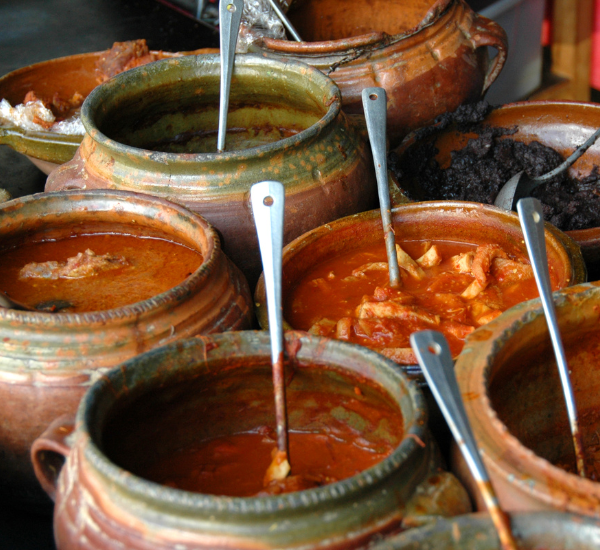 The Kikuyu reserved different parts of slaughtered animals for various members of society. For example, the Njama, the military arm of the community, would eat the dewlap. The Kiama elders would eat the belly. The Muranja would eat the back. The women ate the innards while the warriors ate the ribs and neck. In some clans, women were not allowed to eat meat. Eating pieces of the shoulder of a goat signified a marriage between a young man and woman. Only male animals were slaughtered as the female ones were needed to increase the herd. Women kept ngoima, fattened rams, in their huts, and fed them on sweet potato peels in readiness for a feast or sacrifice. In their huts, they also made and kept fermented porridge, known as ucuru wa mugagatio, in a gourd. Meals were eaten outside the huts, and there was only one main meal in the evening. They cooked on three stones and lit the fire by rubbing sticks together. They ate by hand. The meat was sliced with a sword when eating. Meals were cooked in gourds and served in calabashes.

Young men could not drink traditional beer, njohi until their first child had been circumcised.

The Kikuyu cuisine consisted of githeri, a mixture of maize and beans boiled together, nduma (arrow roots), ngwachi (sweet potatoes), kigwa, (sugarcane), cassava, gruel, and njohi. They did not use salt and used ash in its place. They were very fond of honey, and every home had a bee hive. Their fruit of choice are ripened bananas, and bananas roasted as plantain. Maize roasted over cinders was a popular snack. Older men were very fond of snuff, known as mbaki, and carried their snuff bottles everywhere.

The Kikuyu are still very fond of all their traditional cuisine. They regularly eat githeri, nduma, ngwachi, kigwa, and drink ucuru wa mugagatio and njohi. They are also very avid tea drinkers. They no longer eat a lot of honey. All sections of society may eat any part of a slaughtered animal. Chicken thighs are, however, still regularly reserved for the head of a home. Mukimo is a standard meal in a Kikuyu household. They are also very fond of mutura. Boiled maize, mitungo, is a popular snack. They also eat ngima, a cake made of maize flour and rice. The Kikuyu are renowned for their love of cabbages, carrots, and potatoes, which are always present in their stews. They love soup in their stews.

Githeri Recipe
Due to githeri taking a long time to cook on the conventional electric or gas stove, it is usually cooked on a charcoal stove or firewood. A large amount of githeri is boiled at a time, and the excess is stored in the freezer and fried as needed. The ratio of maize to beans is ideally 2:1

The Kikuyu do not like spices in their food.

Procedure.
Shell the maize.
Winnow the maize using a gitaruru.
Winnow the beans
Soak the beans overnight to prevent gas.
Drain the water and clean the beans in fresh water.
Light your charcoal stove.
Add the beans and maize into a large pot.
Add water.
Cover the pot.
Keep on adding water until the maize and beans are cooked. The process may take between 5 to 8 hours.
Do not add salt or anything else.
Drain excess water and leave it to cool. You may take the lid off for faster cooling, preventing bacteria build-up.
Pack in freezer bags and store in the freezer.

Procedure
Peel the potatoes and chop them into small cubes.
Wash and chop the cabbage into small pieces.
Wash and chop the carrots into small cubes.
Chop the onion and set it aside.
Chop the tomatoes, parsley, and courgette.
Peel the garlic and ginger and grind them using mortar and pestle.
Add the onions and cooking oil and fry until golden brown.
Cook in medium heat
Add the tomatoes, courgette, and parsley and stir.
Add salt, ginger, and garlic.
Stir until they turn into a fine paste.
Add the potatoes and stir. Do not let them turn mushy.
Add the cabbage after ten minutes.
Add salt and stir.
Add the githeri after ten minutes and stir.
Add salt if not enough.
Serve hot. Githeri is typically served with avocado.

Procedure
Peel the potatoes. Do not chop them.
Wash and chop the pumpkin leaves into fine pieces.
Chop the onion.
Fry the onion in the cooking oil in a pot.
When the onions are golden brown, add the potatoes and pumpkin leaves.
Add the githeri.
Do not stir.
Cook on low heat.
When the potatoes are ready, add salt and stir.
Mash the mixture with a wooden cooking stick.
The mukimo is now ready to serve.
Mukimo can be served with meat stew, roasted meat, fried chicken, or steamed cabbage.

Mutura recipe
Mutura is a type of Kikuyu sausage

Procedure
Fry the minced meat with salt and pepper
Let it cool.
Stuff the minced meat into the intestines and tie off both ends.
Grill on a charcoal grill.
Serve hot.
Mutura is a popular roadside snack in Kenya, and it is typically served with kachumbari.
Kachumbari is a salad made of mixed onions, tomatoes, and finely chopped pepper.

Procedure
Mix all the flour in a bowl
Add water until you make a fine paste
Allow the mix to ferment at room temperature for two days.
After two days, pour the mixture into a pan after skimming out the foam.
Stir the mixture on medium heat.
Keep stirring and adding water until the mixture is smooth and not too heavy.
Add sugar to taste.