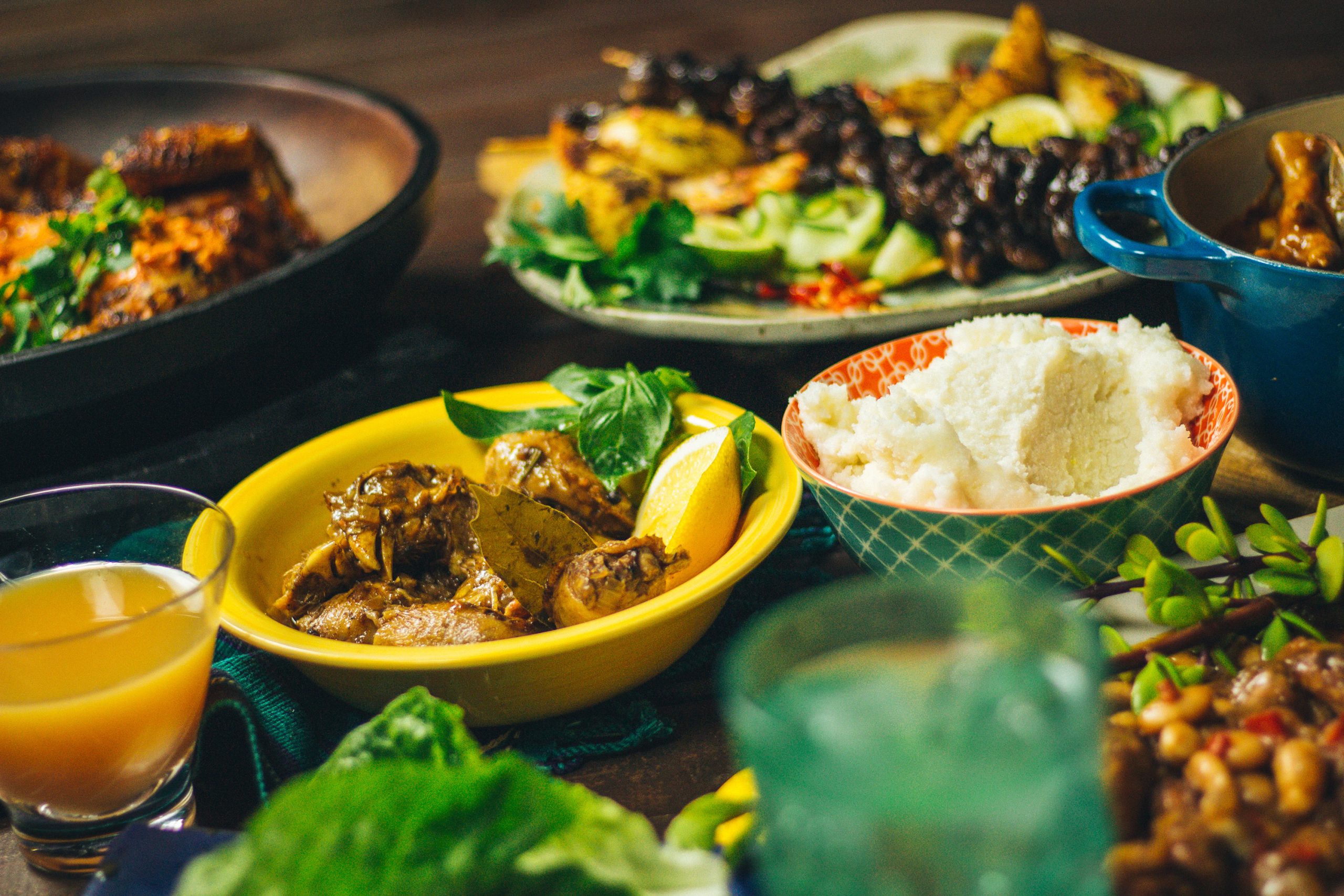 Traditionally the Ndebele people have consistently demonstrated specialisation and division of labour within their social setup. So in the preparation of meals, the men were responsible for gathering firewood, cutting it to size and slaughtering the animals, or going hunting. On the other hand, meals were prepared by the women with the assistance of young girls. Meals times in traditional Ndebele setups were daily family gatherings where everyone sat down for breakfast, lunch, or dinner. However, with the advent of modern influences, the evening meal may be the only time the family gathers together at the end of the day.

When guests visit, announced or unannounced, they are provided a meal, and their needs are prioritized over those of the household/homestead. For this reason, some families would deliberately prepare more than what is usually enough for the family. The guests will be given the best food and drink prepared or prepare a good for them. This practice is part of Ubuntu hospitality. It is common practice for Ndebele women/mothers to take out their best kitchenware when there are visitors, not as a sign of showing off, but rather to show gratitude and value for and to a guest.

Breakfast
A typical Ndebele breakfast will typically be hot tea, plain or with milk, and homemade bread (nowadays, some might prefer lemon juice to tea or even imported coffee). Since the Ndebele are traditionally agriculturalists, they kept live, free-range chickens, whose eggs could also be added to the breakfast. However, they did not do this regularly as it would prevent the chickens from multiplying.

Sometimes a light cornmeal porridge served plain or with milk was also added to the breakfast. The Ndebele also made soft porridge from pounded sorghum, which was predominant when there was much work at the fields, such as ploughing. It was meant to be breakfast that would last and match manual labour in the fields. They also consistently served the soft porridge to new mothers to help in milk production for feeding the baby.

Lunch & Dinner
The Ndebele people’s staple food is maize/corn. Maize/corn can be eaten alone or in conjunction with other ingredients.  Maize/corn can either be boiled, dried, or processed as maize meal. The processed maize meal is used to make the main starch in Ndebele meals-Isitshwala, a thick cornmeal porridge.

Isitshwala Recipe:
You will need:

Other Common Foods, snacks, and delicacies

What you will need: