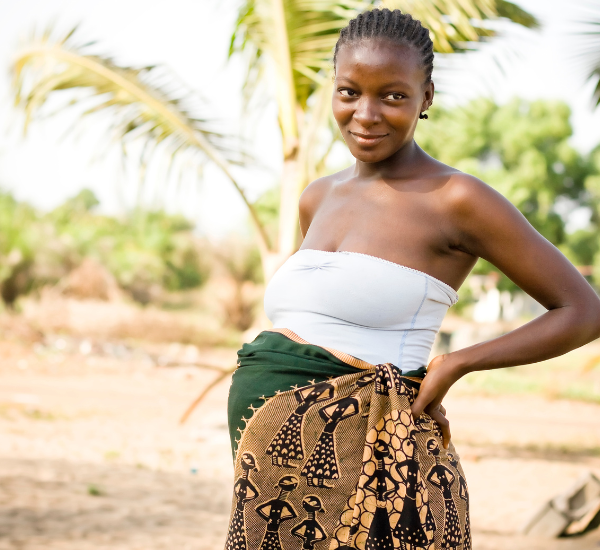 Children are precious in Kikuyu culture, and mothers are respected and honored. A woman changes her diet when she discovers she has conceived. She only eats mashed foods. These included marigu ( bananas), njahi (black beans), nduma (arrow roots ), and ngwachi (sweet potatoes). She also drinks water and porridge. Six days to delivery, she only eats milk and flour, avoiding meat and vegetables.

A midwife massages the mother’s stomach for an easier birth. She also delivers the baby. In the olden days, the father was not present at birth. It was considered thahu (taboo) for him to be present in the hut. If the child was stillborn, he was buried immediately without ceremony. Birth attendants ululated to announce the arrival of the baby. They ululated four times for a girl and five for a boy. The child was washed and oiled immediately after birth.

After the birth, the mother and child went into seclusion. They secluded themselves for four days if the baby was a girl and five days if it was a boy. Only attendants were allowed into the hut to clean and bring food.

There was a purification ceremony after seclusion. The woman was shaved on this day. The father sacrificed a ngoima, ram, a day after purification, and there was a feast. If the child was having trouble breastfeeding, the ngoima was sacrificed immediately. The mother resumed her everyday life after this. She was expected to gather arrow roots first, followed by sweet potatoes on her first visit to the farm. Women friends also brought gifts after seclusion. Eight sugarcanes were given as a gift for a girl child and ten sugarcanes for a boy. It was considered unlucky to admire the child.

The Kikuyu practiced infanticide by suffocating the child or leaving it out on uncultivated land, with grass placed in its mouth and nostrils. Triplets were considered unlucky and were killed at birth. Twins were also killed if they were the firstborns, as they were said to prevent the woman from bearing more children. Children who were born feet first were also killed. If a child touched the ground at birth, a sheep would be slaughtered, and its stomach contents smeared on the baby’s forehead, lips, stomach, and chest. A sheep would also be sacrificed if the child’s upper teeth cut first.

Traditionally, the man responsible for a single mother’s pregnancy was fined ten goats and five rams. One of the goats was slaughtered, and the father, mother, and child were not allowed to partake in the feast. This act allowed the children to join their mother’s clan. If the man married the girl, he paid a fine. The girl’s parents kept the child if the fine was not enough. The bride price was, however, far less if a man who was not the child’s father married the girl. The child joined the new clan with his mother in this case.

Before the second birth, a kikuyu child stayed close to the mother. Any thahu (abomination) committed by the child at this stage was the mother’s responsibility. She would undergo purification on behalf of her child. The second birth separated mother and child into different entities. The child could therefore sleep in another hut, leaving the mother free to have another child.

The second birth, gucokia mwana ihu ini, was an elaborate ceremony. One had to have undergone this ceremony to be eligible for circumcision, inheritance, and participation in religious rites. Both boys and girls underwent the ceremony. It began with the gathering of several items. These included the original calabash that the child was cleaned in after birth, a fattened ram, four leaves of the mukenia tree, lantana camara, and four leaves of the mutei tree, microglossa pyri. The woman collected soil from the hoofs of the ram and placed it in the calabash. The father slaughtered the ram. He then mixed the ram’s innards with the soil. The child dipped the leaves into this mixture and smeared his mother. The intestines of the ram were used to join mother and child through a tied cord. This cord was then cut. A piece of sheep skin was passed over the child’s right shoulder and under the right arm. The sheep’s gut was passed around the mother. All of the child’s ornaments were removed. The mother then simulated childbirth while the child made the cries of a newborn. No male was present during the simulation, including the father. Both mother and child had their hair shaved afterward.

The Kikuyu still retain their naming culture. The couple’s friends visit them with gifts after birth. The new mother takes cow soup, porridge, and black beans to regain her strength. The ceremony of the second birth is no longer practiced. Children are baptized in the Christian faith when they are old enough. The majority of the Kikuyu are Christian. Most Kikuyu men are still not present in the labor ward, although this culture is starting to change. It is still considered unlucky to compliment a newborn. A parent may forbid her children to name their children after her. This is considered very serious and an expression of extreme displeasure. Single motherhood is still frowned upon. The girl leaves the child with her parents after getting married in most cases.

Meals and Hospitality in Ndebele Culture