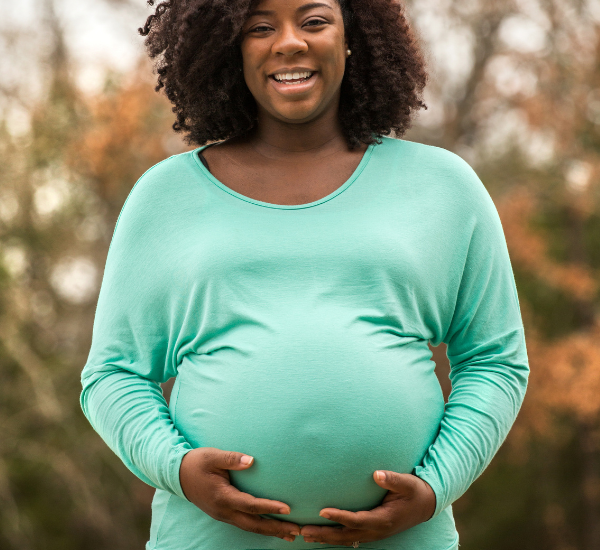 In Buganda, getting pregnant is a time of joy, especially if the woman is married. Family members celebrate and are filled with joy when they realize that they will have a new addition to the family. The father-to-be’s family knows that soon, they will have a new member added to the clan. The growth of the clan brings excitement to them.

In Buganda, a child is believed to belong to the father’s clan, and hence he or she is considered the man’s child (omwaana wo musajja). Therefore the father’s side celebrates childbirth more than the mother’s side.

One cannot discuss Pregnancy in Buganda without tackling the issue of medicinal herbs administered during pregnancy because they are central to the entire pregnancy journey. During pregnancy, several herbs are given to a pregnant woman. The administration of herbs is commonly termed as ‘okunywa eddaggala.’ The herbs given to pregnant women aim to aid them in having a smooth journey through their pregnancy.

Pregnant women who experience nausea are given herbs to suppress the feelings of nausea. They are further given herbs to stop them from getting anaemic, and others are administered to give women strength when they feel weak and sick. There are always particular herbs administered to target a specific health disorder that pregnant women experience.

Some herbs are given to the pregnant mother, mainly targeting the unborn child’s health. In cases where the baby is poorly positioned in the womb, the mother is given herbs to rotate the baby into position. In cases where the umbilical cord is tied around the baby, herbs help solve this problem before birth.

In most cases, women are given ’emumbwa’ to make a paste they drink throughout their pregnancy. ‘Emumbwa’ is made out of clay and mixed with medicinal herbs. This mixture encourages women to drink the herbs they should consume during pregnancy. The mixture contains clay they crave very much when pregnant. Others even shower the herbs and smear the paste on their bellies.

In addition to that, pregnant women start the process of ‘okumenya’ during their last trimester in pregnancy. This process includes women drinking certain herbs, mixing them with water, sitting in them, and sometimes administering them in their private parts. This is mainly aimed at preparing the body for childbirth by enlarging the vagina and softening the pelvic bones so that the pregnant woman spends less time in labor and gives birth easily.

The use of medicinal herbs to aid childbirth has been criticized by some scientists and highlighted as the root cause of ruptured uteruses amongst women. Therefore using them is discouraged by some medical professionals. However, some women still use them because they believe that they make the delivery process easier for them. Some women swear by these herbs as the reason behind their many successful deliveries.

In most cases, when a child is born, the mother is sent back to live with her parents for a while. One reason is that the woman’s mother can help take care of her. It is also done to prevent any sexual contact since women who have just given birth are discouraged from having sex for some time until the doctors deem them fit.

When the baby’s umbilical cord falls off, the mother is advised to keep it for the rituals yet to come. One ceremony includes dipping the umbilical cord in water to see whether it floats or sinks in a ceremony called ‘okwalula abaana.’ This ceremony is purposely designed to determine whether the child belongs to that paternal family and that the mother didn’t lie about the child’s biological father. It is more of a traditional DNA test. If the mother gave birth to twins, they would go through a different ritual that is more detailed.

During pregnancy, both the expectant father and mother are discouraged from doing the following things:

Women are discouraged from stealing and even misbehaving in any way since it’s believed that the bad habits shall be passed unto the unborn child.

Pregnant women are also discouraged from looking into graves since it’s believed that the baby’s soft spot on the head (fontanelle) won’t close up.

Men are discouraged from committing adultery and touching their wives after being with another woman because it’s believed that this will make the baby sick and further cause death.

Nakawere: This is the term used to refer to a mother who just gave birth.

Sekawere: This is the term used to refer to a father with a newly born baby.

Kawere: This is the newly born baby.

Ekyogero: This is the pan of herbs used to shower a baby. Each morning and evening, the mother reheats the herbs and showers the baby in them to ensure that the baby doesn’t get any infections.

Akalila: This means the umbilical cord the baby is born having.

Ekyooka: These are the afterpains women go through after childbirth.

Obyooka: This term is used to describe the pain newly born babies face, commonly referred to as colic.

When a girl gets pregnant out of wedlock, it’s a shame for the entire family. If she stays home, the family doesn’t let her stay in the same house as the parents, and some parents even send the girl to live elsewhere to hide the pregnancy. In other words, it is an abomination for single girls to get pregnant, more so to stay in their parents’ house.

Therefore, to avoid the stress and shame of getting pregnant before marriage, girls or women are encouraged to refrain from sexual acts until they get married.

Neighbourly Practices in the Buganda Culture