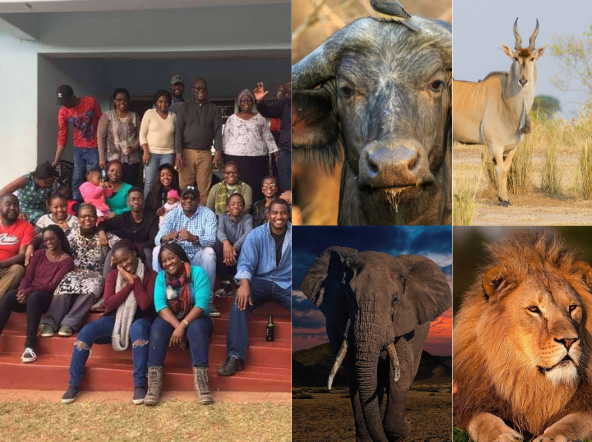 Every clan or even tribe in Africa has a symbol they choose or anoint to become their form of identity; and even a source of integrity. African societies primarily identify through totems though there are significant differences across cultures on the interpretation thereof. The Shona people of Zimbabwe in Southern Africa are no exception, and they also live in communal groups known as clans.

A clan in the context of the Shona (Bantu) people can be seen to mean a group of people who live together in one location and have the same Chief or Headman, totem, and a common dialect but are not necessarily blood relatives. As stated above, every clan has a totem with which they identify.  This totem differentiates the different clans and sub-clans of the Shona tribe. Referred to as Mutupo in the Shona language, a totem is recognized as an animal or an animal’s body parts/organs believed to be sacred to the clan. Due to this reason, it is considered taboo to kill, eat the flesh, or wear the hide of the animal believed to be your totem.

Why are totems important?
For the Shona, and strictly speaking all Bantu tribes and clans, a totem is regarded as a form of identity and even dignity from the family level to the clan the particular family comes from. Totems are very important for a variety of reasons. Firstly it was one of the many management tactics used by Africans to manage their social relations and regulate societal ills like incest. For example, though not all are blood relatives in the Shumba clan, the elders will be able to trace and narrate their blood lineage within the clan, thereby allowing the younger generations to know and be familiar with their blood relations.

Totems are also very important for identity amongst members of a tribe as big as the Shona tribe. It is common practice for members of a clan to greet and honour each other using their totems. Totems help members of the different clans identify each other and draw that uniqueness amongst the clans. It is a source of pride, especially concerning the symbolism that comes with the various animal totems. For example, Shumba or Lion in English is known for its strength and fearless nature (we will discuss this in more detail below). Totems also group individuals who have a unique social, economic, or historical background. During ceremonies, especially cultural rites and celebrations, they are used in songs of praise for the chiefs or the warriors after a notable victory, in poetry (which was also used by the Shona as one of the many ways of saving/documenting their history and culture), thanksgiving, and even in times of mourning.

Over and above what has been discussed above, it is essential to note that, like said before, African tribes and clans had their own social and environmental management techniques. Totems can be seen or interpreted as one of those techniques. Totems are, even to this day, an excellent animal conservation technique primarily because, as hunters and gatherers, this helped reduce the burden on killing specific animals and therefore helped in their preservation. For example, the whole clan of the Tembo or Mbizi revere the Zebra. The Shona culture dictates that they care for and protect the animal as it symbolizes their pride, dignity, and integrity. What this means, in essence, is that in a particular part of the country, you will notice a good number of a specific animal species because it is a totem in that part of the country.

What is your totem? ( Mutupo wako chii?)
As already stated, totems are an essential aspect of the Shona heritage, and it is through the continued use of totems, the Shona culture is safeguarded and preserved. It is therefore now imperative that the following discussion must look at each clan and their totem. Where there is information available or justification, we shall discuss each totem’s reasons and symbolism in relation to respective clans. The table below shows the clans (which are named after their respective totems and their translation to English.

It is fundamental at this time to briefly discuss the justifications  for each clan’s choice of totem:

Finally, having looked at the four examples on the justification of the totems above, it is of utmost importance to note that the custodians of this knowledge are the elderly, who pass the knowledge from generation to generation. The other ‘unofficial’ custodians of the knowledge would include folk songs and poets, but most importantly, the Shona chiefs are supposed to know and preserve the history of their tribes and clans. They are in some places required to recite the history of their totem group as far back as the oldest known ancestor before they can be sworn in.