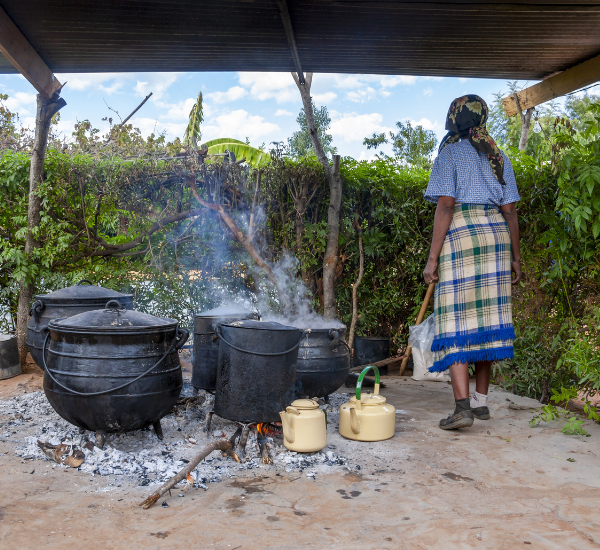 The Zulu people use mealtime as an opportunity to share food, bond, and have conversations among themselves. There is no strict formality such as table setting when dining or eating.

Female family members (mostly girls that have come of age and married women) prepare the meals, while some of the young girls assist by fetching firewood or water. The meals are prepared on the fire using three-legged pots. When it is time to eat, all the family members gather to enjoy mealtime. As with other African cultures, the Zulus believe in sharing whatever they have cooked with the neighbours or visitors. When offered something to eat, it is considered rude to turn down the offer. If you are full, you are expected to accept the food and eat a bit (even if it’s one or two spoons). The food is usually served on big plates with men, women,  boys, and girls together.

These are the main foodstuffs commonly found in Zulu homesteads in urban and rural areas.

Some of the staple food that Zulus eat are:

Uphuthu: This is made by steaming the water, then when it boils, pour an amount of maize meal. A fork is used to stir it until it resembles small crusty crumbs that are grainy in texture. This uphuthu can be served with meat, vegetables, or sour cream (amasi).

Inyama yenhloko (Cow’s head meat): Zulus are known for eating this kind of meat almost daily as it is considered affordable compared to buying processed red meat (beef or mutton, or goat meat). Inyama yenhloko meat is prepared by cutting small pieces of the cow’s head and cooking with water and salt only. Women are prohibited from eating gravy from this meat. It is believed that it enhances men’s fertility. The meat is served with uphuthu, and its gravy is made from saltwater.

Amadumbe (African potato): This is a type of yam with dark skin. Amadumbe is a starch-like potato prepared by washing it and boiling it in water until it is soft, then peeled. It tastes like a potato, but some varieties taste like sweet potatoes. It is typically eaten on its own as it is believed to keep one full for a longer time.

Tripe and Liver (Inyama yangaphakathi): This is typically consumed during weddings or traditional ceremonies/rituals. Women wash the tripe thoroughly, and a piece of raw tripe is cut, seasoned with bile (gall) and salt, cut into small pieces, and shared amongst the male family members. It is often accompanied by the medium-rare liver, which is believed to give them bravery. Some of the tripe is cooked on an open fire and served with uphuthu.

Livestock (cattle/sheep/goat) meat: This meat is usually cooked during traditional ceremonies where the meat is cut, cooked, and apportioned according to age and gender. Men receive portions that are referred to as “high-status portions.” Each part of the meat represents something. One cannot cut the meat anyhow as certain pieces are reserved for the elders, some for the head of that house (father), some for women, etc.

Zulu people have large fields and livestock. Every man works hard so that his family does not go to bed on an empty stomach. There are no stipulated times when meals are served. When it is time to cook, women prepare lots of food without holding back (cooking in small quantities).

Some of the dishes that Zulu people enjoy are as follows:

Umfino: This is a small weed-like green leafy vegetable found in the field or garden. It is prepared by washing and chopping it into small pieces, cooked in saltwater with a small quantity of cooking oil. Umfino is usually eaten with uphuthu any time of the day.

Ujeqe: This steamed bread is prepared by making a dough with maize flour, yeast, sugar, and salt. The dough is left for a few hours to rise, then cooked in a small dish that is put inside the water with warm water. The dough is cooked for 2-3 hours until it is well done. You will find this kind of bread in many Zulu households. It is usually served with tea in the morning.

Isijabane: This meal is typically eaten at lunch or during the day. It is a mixture of dried green leafy vegetables boiled until soft and mixed with a pinch of salt and maize meal. A wooden spoon is used to stir so that the mixture can form a hard paste.

Ummbila: Mealies (corn kernels) boiled in saltwater or braaied on an open wood fire outside. Most people from young and old enjoy this kind of food.

Amahewu: This is a non-alcoholic fermented maize meal liquid porridge made from cooked, soft porridge. A pinch of yeast or coarse brown sugar and a little bit of maize flour is added to the cold porridge and left covered to ferment for 2 or 3 days. The mixture is then sieved to make it smooth. It is served cold to quench the thirst, hunger and boost energy. Some people add a little bit of sugar for taste.

Amasi: This is one of the best Zulu food and drink. It is sour, curdled milk. To prepare amasi, fresh milk is placed in a gourd that is then set aside to allow the milk to curdle. After thickening, the whey is separated from the curd. The curd is what is consumed. The amasi gourd should not be cleaned; instead, it is refilled with a new batch of milk that gains a characteristic taste from being prepared in the gourd. Amasi is typically consumed during the summer months or on hot days as it is believed to cool the body down.

Umqombothi (Traditional Beer)
The Zulu traditional beer is a staple food and a significant source of nutrition. It is also socially and ritually essential and is drunk on all important occasions.

Traditional beer is made from sorghum and is brewed by women. This traditional beer is prepared by mixing maize and sorghum meal in boiling water, constantly stirring until they form a thick porridge. The thick porridge is then left to stand for one day to steep. The softened grains are boiled with water to form a milky soup on the second day, and dried sorghum is sprinkled on top. The large pot is covered to keep it warm and aid the fermentation process (also to keep flies and dust out) for the day. After that, the brew is filtered using a grass sieve. It is brewed in a special hut that is not entirely thatched to allow smoke to escape and provide the beer with enough oxygen to ferment. It is very popular and enjoyed equally by young and old. It is nutritious and an excellent thirst quencher, particularly in the hot Zululand sun. Traditional beer is an alcoholic drink. The more days you leave it to brew, the more intoxicating it gets.

Beer Serving and Drinking
There is a specific way that traditional Zulu beer is served. The procedure is started by the women who brew the beer. They skim the froth off and pour a little bit on the ground next to ‘ukhamba’ (clay pot) as an offering ‘kwabaphansi’ (the ancestors and spirits), who always drink first. It is then stirred and poured into a hollowed-out gourd. The hostess drinks first in full view of all the guests to prove that the beer is safe to drink. This is all done while the hostess is kneeling. The host then drinks to check the quality, and if he is satisfied, his guests are served in order of status. All people present drink directly from the clay pot or use the communal gourd.

One must always drink sitting or squatting, and men take off their hats. The ukhamba has to circulate, so it can be a lengthy wait; everyone takes a long drink. The ukhamba circulates until empty. If a gourd is placed mouth up, it indicates that one wants a refill. If it is placed mouth down on the saucer, it means one has had enough. If an ukhamba is used, it is covered with a grass cap to keep out dust. If guests want a refill, they place the cap facing upwards, indicating that the ukhamba should be refilled. 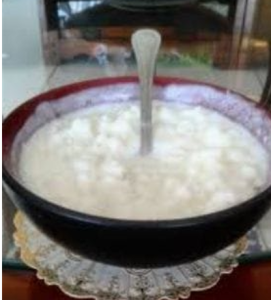 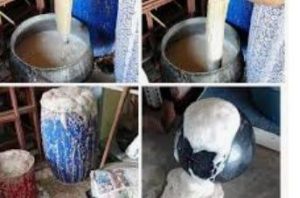 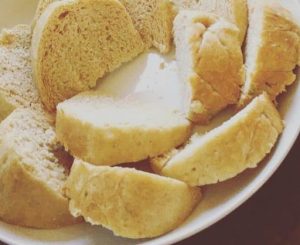 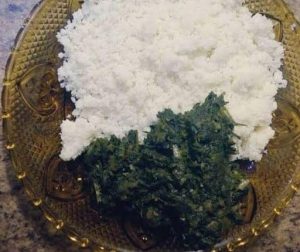 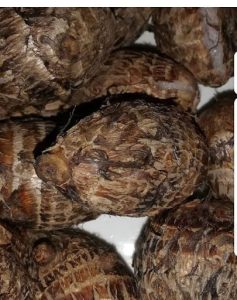 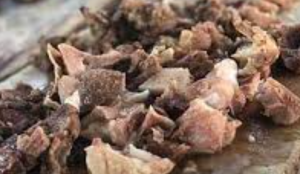