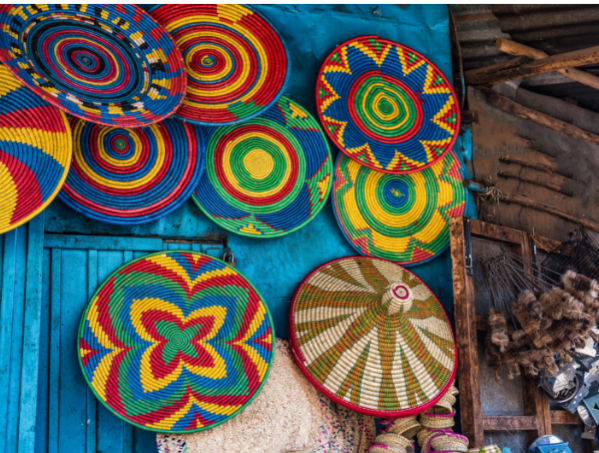 Music, Arts, and Dance are entrenched in the Bemba culture and play a fundamental role as a channel through which cultural knowledge and traditional practices are passed down from generation to generation. Bemba people usually teach through songs, sayings, and drawings. Apart from that, these mediums also form a part of socializing among the Bemba people.

Like any other African ethnic tribe, music remains the heartbeat of the community. In the Bemba Culture, Music, Arts and Dance bring people together in more ways than any meeting can ever achieve. Bembas sing when they are happy, when they are sad or mourning and when they are working. Different emotions are expressed through Music, Arts, and Dance.

The musical rhythms and dance are combined with all sorts of musical instruments and clapping of hands. Other types of music,  such as solemn songs (lamentations), do not use musical instruments. Some examples include music at funerals, wedding songs, and church songs.

Music and dance are interrelated. In the Bemba culture, music is often accompanied by dance or swaying of bodies in rhythm to the beats of the songs. Hence, it is very difficult to separate music, art, and dance because they are all intertwined. Therefore, we can safely say that these three categories (music, art, and dance) are all wrapped up in one word – ARTS.

Decorating the mud huts – Women are experts in the art of drawing lovely patterns on the mud walls of their huts. When a hut is constructed in the villages, the women plaster the walls and decorate them by making designs and flower patterns. The patterns are made by mixing different clay colors. This clay is used for painting and drawing designs on the walls. Most women learn this art at a very young age to implement it as they grow older in their parents’ homes or later in their marital homes.

Pottery – This art is almost extinct with the coming of iron pots. But in the olden days, this was a sacred art (trade). Only a few women were involved in this art. The women were called banakabumba (makers or creators). Clay pots were made in different colors and shapes using special clay.   These earthenwares were made for various uses, mainly to store drinking water and cooking. The ones with long necks are called umutondo (singular) or imitondo (plural) are for storing drinking water. Because of how they are made structurally,  they have a cooling effect. After a few hours in the pot, the water feels like it has been refrigerated. The shallow ones were for cooking and are called inongo. The IImitondo and Inongo are still used to this day.

Imbusa (Marriage Emblems) – the women who draw or make clay emblems are called bana Chimbusa. They are trained to teach women to become good wives, homemakers, and parents. The Bemba culture teaches men and women through arts (such as moulded clay emblems, paintings on the walls or cloth, music, and dance). These emblems are not publicly displayed; they are the property of banachimbusa and are considered sacred. They are used in teaching women during puberty (onset of menstruation) and during initiation when preparing the young woman about to get married.

Bows and Arrows (ubuta no mufwi) – Mostly, men make beautiful bows and arrows for hunting game and birds. These days because of government restrictions on hunting, men have resigned to making these beautiful art pieces for selling to tourists.

Wooden / Iron Crafts – Beautiful carvings such as stools, masks, tables, drums, hoes, axes, and all sorts of art pieces for the house and ornaments.

Mats and Baskets – These are made from reeds. They have different baskets; some baskets are used to carry objects to the shops and markets (very beautifully made with handles). The most common ones are ones for harvesting crops. These are big hollow baskets (called umuseke – singular, Imiseke – plural). Strong strings are used to put them together. They are usually carried on top of the head. The shallow ones are for drying and separating grains from the chaff (ulupe – singular, indupe – plural). The reed mats (ubutanda – singular – amatanda – plural) are used to sit on and sleep on.

Storytelling – This is an art that most villagers enjoy. In the evenings, they gather around a fire with a specialist storyteller. The stories help young people to learn about the dangers to avoid and what to do when confronted with challenges. Storytelling is not limited only to storytellers, but most grandparents are specialists in this art. Storytelling is a wonderful pastime for the villagers before retiring to bed.

Some instruments used in music include the following:

Pintu (whistle) – used when people are dancing to start or stop the music.

Ingoma (Drums) – This instrument(s) is widely used in the Bemba culture and most Zambian tribes. Drums are used in church services, marriage ceremonies, some funeral processions, when enthroning the chiefs, and social gatherings, to mention just but a few.

Below are some drums with special names:

Hand Clapping – handclapping is used everywhere music is played and follows the drumbeats, and complements the song being sung. The clapping people adjust according to the song or rhythm of the musical instrument.

Ifisekese – Shakers, they add to the rhythm of the music.

It should be noted that there is no difference regarding the names given to the music accompanying the dance. The song is named according to the name of the dance.

Examples of music include the following:

Imipukumo – (praise songs) – These songs are sung to praise God and the Chiefs.

Ingomba – These are royal musicians who sing for the Royals, such as chiefs.

Imishikakulo – These are praises sung to herald the procession of the chief when he is entering the meeting room or when he stands up to walk. The dancer carries artifacts such as an axe, oxtail, fly whisk, etc. (these are some of the symbols of authority in the Bemba Culture).

Ifimbo fya malilo (songs of lamentations) – songs sung at funerals. No musical instruments are played. Most Bembas mourn the dead loudly while narrating or reminiscing about the deceased person in a song or an oration.

Amalumbo – (praises) This is music played mostly in church. The Catholics in Zambia (especially among the Bemba-speaking people) have ba Buomba (praisers) groups. They sing and dance (gently) and have incorporated the dances from imfunkutu, but done gently.

Imfukuntu Music – This is music played during celebrations.

Utumpundu – (Ululations) – ukwaula utumpundu (make ululations) Whether in church or wedding or any other celebrations, women ululate to express joy and encourage the dancers or musicians.

This write-up will explore some of the following dances:

Imfukuntu dance – This dance is commonly for celebrations. This dance is performed in the village and urban areas, especially when traditional songs are played, usually at weddings, beer parties, initiation ceremonies, and various happy occasions. There is a fusion of shuffling of feet, twisting of the waist and arms up and down.

Amasha dance – performed by both men and women. This dance is also done at weddings, beer parties, and group performances. It involves sensually moving the waist and shuffling the feet.

Ifisela dance – This type of dancing is just for happy occasions when people meet. They make two lines, men on one side and women on the other. Then a man and woman standing opposite each other will choose a song and come in the middle and perform a dance, and it goes on like that until everyone has had a chance to dance. It is also some form of competition, showing off the dance moves – simply for fun.

Amasha ya mukulu ku buko (Meaning – the dance of the elderly is the arm) – The elderly Bemba people perform this dance. Since they cannot actively twist their waist or shuffle their feet, they just walk and gently twist their arms, dancing to the drumbeats.

Amasha ya baume nangu kucinda kwa baume – These dance moves are for men only. The men’s dances are intense and vigorous. The whole body is involved in these moves. It involves shuffling the feet, twisting the waist, moving the arms up down, including the heads.

Amashana yaba banakashi nangu kucinda kwa banakashi – (dance moves for women) – The women dance gracefully, moving their waist and shuffling their feet. Most of the Bemba dances follow the movement and the control of the feet, which is coordinated with the twisting of the waist and arms.

Despite the political, socio-economic, and social-cultural changes, and mostly the influence of the Catholic Missionaries in implementing Christian ethics in the Bemba land, the Bembas have maintained or rather clung to the major practices passed on from their forefathers with regards to Music, Art, and Dance.